Being a Mummy is hard work isn’t it?
Amazing and rewarding of course, but still, it’s hard work. (FYI I wouldn’t change being a Mummy I love it and I love my boys)
The late nights and early mornings, disturbed sleep, the toddler tantrums, the bugs, countless nappy changes, questioning everything you do and always wondering if you’ve made the right choice…….
The thing is having dyspraxia can sometimes make my Mummy role a little more challenging at times.
I’ve so far found that since having Alfie I have had to come accross several situations that make things hard for me but for him obviously I will do it.
Take soft play type places for instance. They are great for children yes but for me……oh my gosh. All those different noises all at once. My head can’t cope. Not the volume just the fact that there is so many noises all at once. I struggle to focus and then I can’t concentrate as I cant filter all the different children and noises and things going on around me. It takes a huge amount of effort to focus sometimes. Then if you’ve gone with a friend too well, that’s me looking like an ignorant so and so because I end up looking like I am ignoring them. Throw in some background music too and well that’s just the icing on the bloody cake to be honest.
Then there’s the crafts…..oh god the crafts. Serious sensory overload problems honestly. Play dough! I cant stand the stuff and I can’t touch it either. It honestly goes through me. Everything about it. I can’t use it with Alfie at all.  I might try one day of he wants me too but for now I will leave it to my husband and nursery lol.  I can’t explain it but the texture of play dough just goes through me. I have some major problems with texture including for food and other things to just touch or use.
Cotton wool for instance. Argh. Crikey my brain is having a hissy just thinking about all this. My nerves in my fingers are seriously on edge. I couldn’t use cotton wool stuff Alfie. Never mind what the health visitor said, it’s all very well and good but I am not touching cotton wool. It sends shivers down my spine ha ha. There’s lots of foods I can’t eat because of the texture too which isn’t the best example for Alfie I know. I try sometimes but my gosh it is so hard.
All those things I struggle with I don’t want Alfie to pick up on it.
It’s hard not to though but for him he’s worth the effort to try and battle through these things I struggle with.
I’ve actually found a class I want to take him to go let him explore the use of his fine motors skills and sensory things. Focusing on these for Alfie whilst he grows up will help him if he ends up eith dyspraxia like me. I’ve researched that getting Alfie to do the things that are challenging for people like me will help him massively if he does end up like. I found out very late so any help for me was pointless by that point.
The other thing I have struggled with with being a Mummy with dyspraxia is that unknown at the beginning. Organisation is key for me to get through my day without struggling. Keys in the same place. Knowing what’s for lunch and tea. What I’m doing that day and when. I really struggle otherwise and end up stressed and then have what I call a flare up of my dyspraxia.
I guess in some ways it’s a bit like having a bad back.  It’s always there but some days are worse than others and flare ups can occur.
Alfie wasn’t a great feeder at the start and obviously having a new born and all that goes with it and the lack of organisation was very much a huge struggle for me. I sobbed and struggled and I had so so so many flare ups I needed to know what was going to happen at what time for me to be able to manage but obviously that wasn’t going to happen.
Don’t get me wrong I absolutely love being a Mummy. I try so very hard but some things are just so tough for me and are a battle but it for my little man.
It won’t be the end of the world if Alfie ends up with dyspraxia although my husband said it will be too expensive for us both to have it lol (breakages etc lol), but I would rather him not have dyspraxia just because I know how frustrating it can be. At least I know I can help him though.
Wish us luck on exploring everything 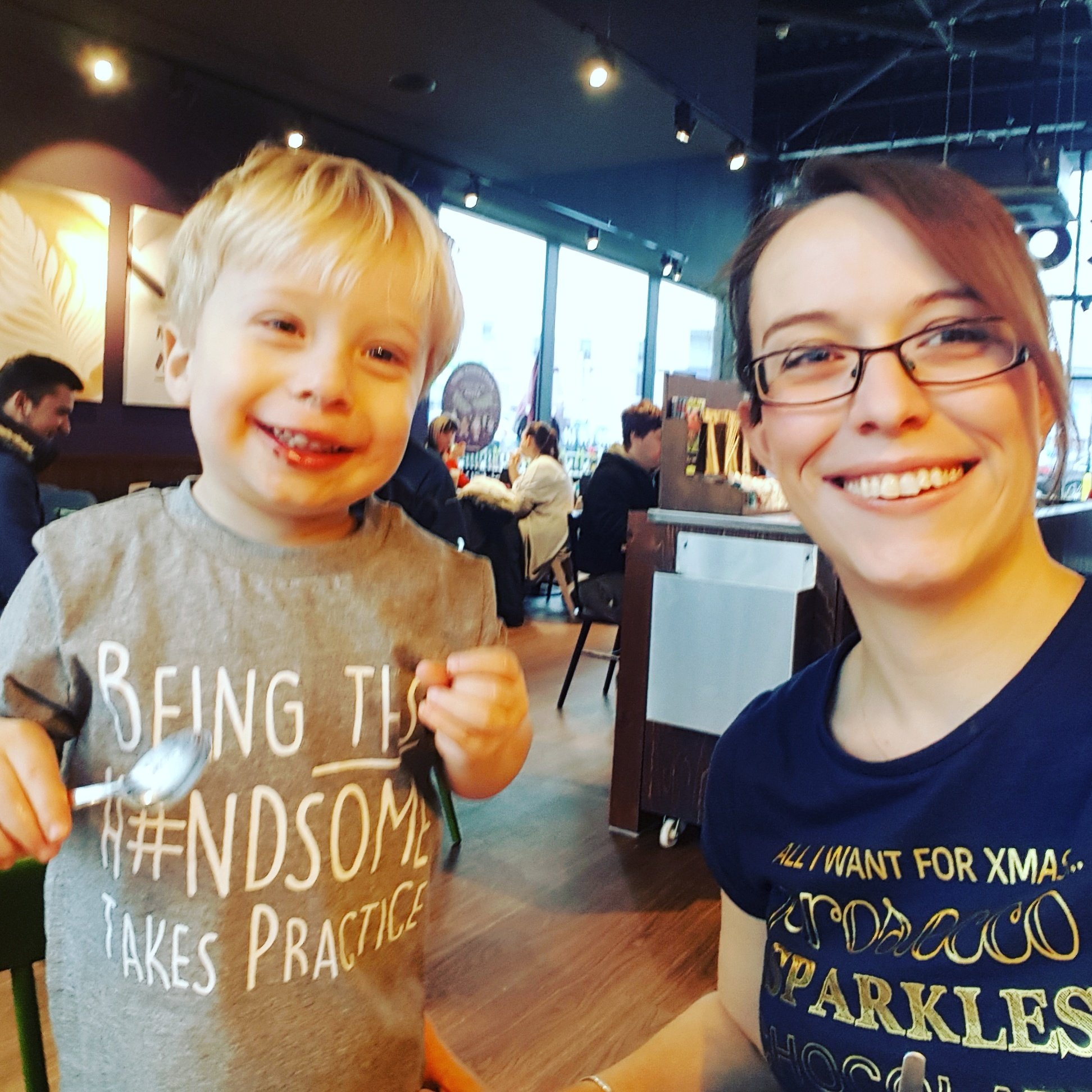 in the world if being a Mummy with dyspraxia.
Emma xx